Broccoli spigarello is an heirloom variety, similar to broccoli raab.  It’s native to the south of Italy, but its seeds are being sown in the US now as well.  It has a flavor profile that is somewhat sweeter and earthier than the more bitter raab or rapini.
I was in Los Angeles last week and chose it on the menu at Superba Snack Bar in Venice Beach. It was sauteed and served in a dashi broth, topped with a poached egg. 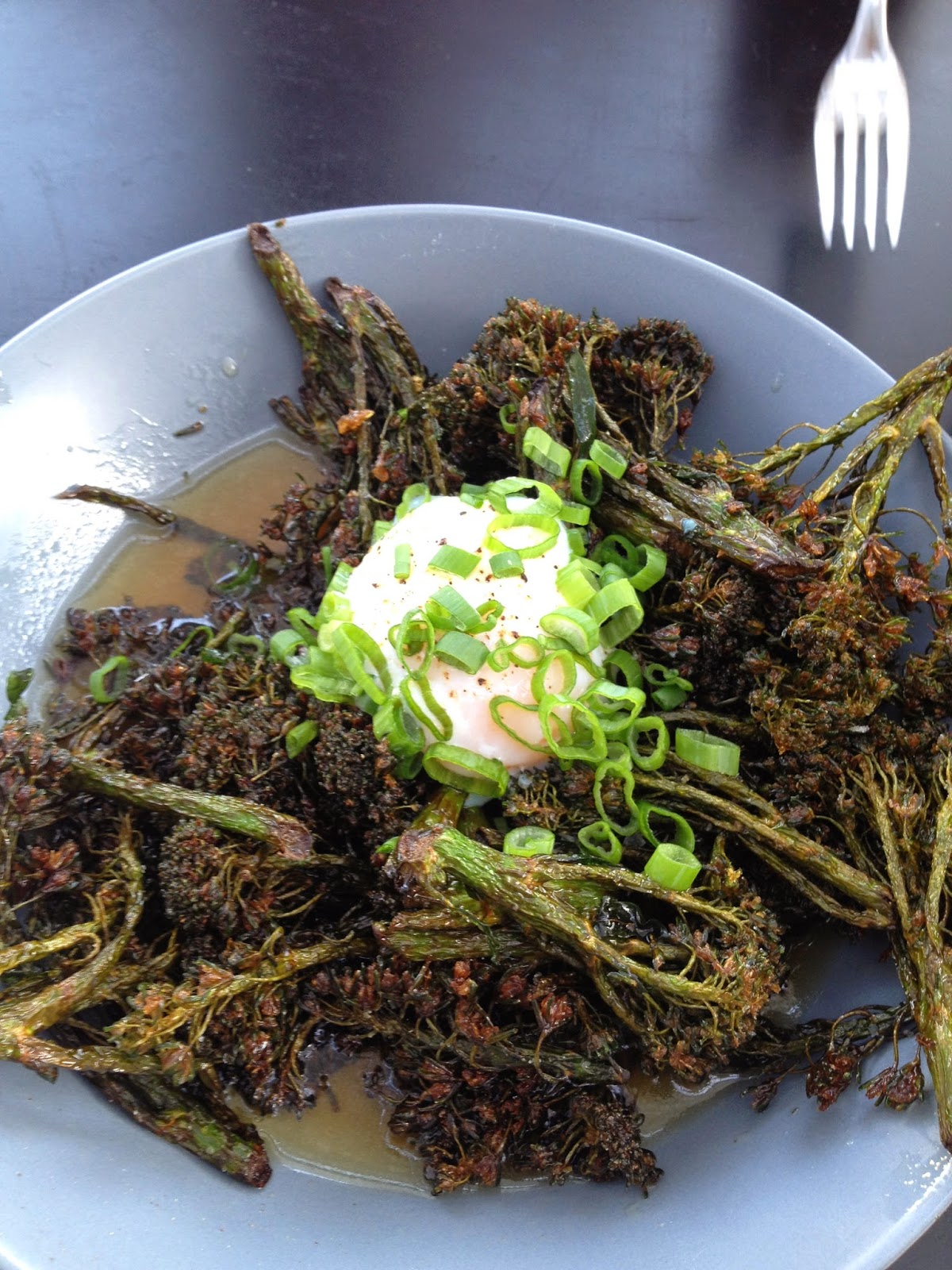 I was excited to return to Richmond last week and find spigarello being sold at the South of the James Farmer’s Market by Tomten Farm.  Tomten is a small farm run by Brian Garretson and Autumn Campbell on 18 acres in Prince Edward County, Virginia. 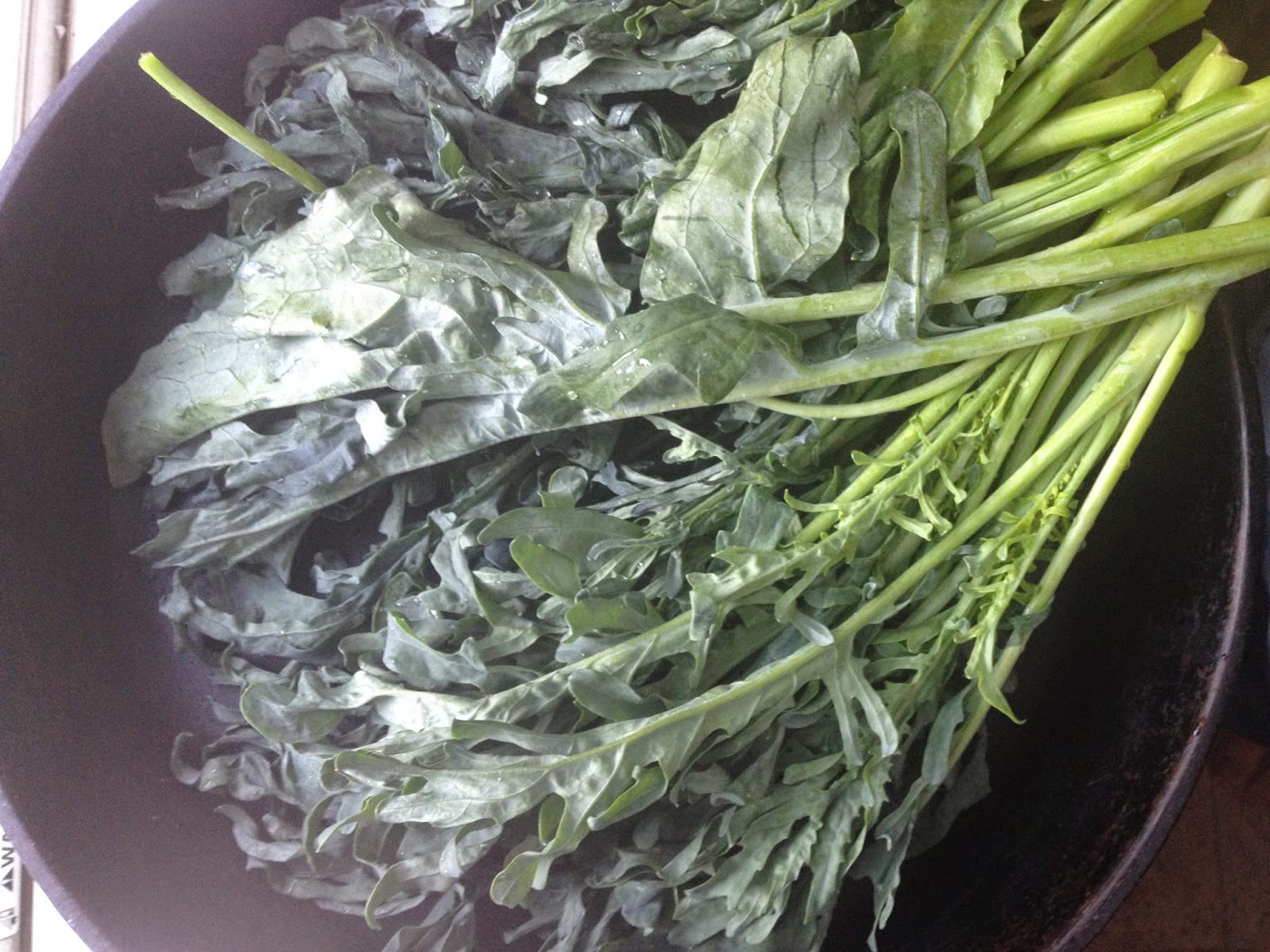 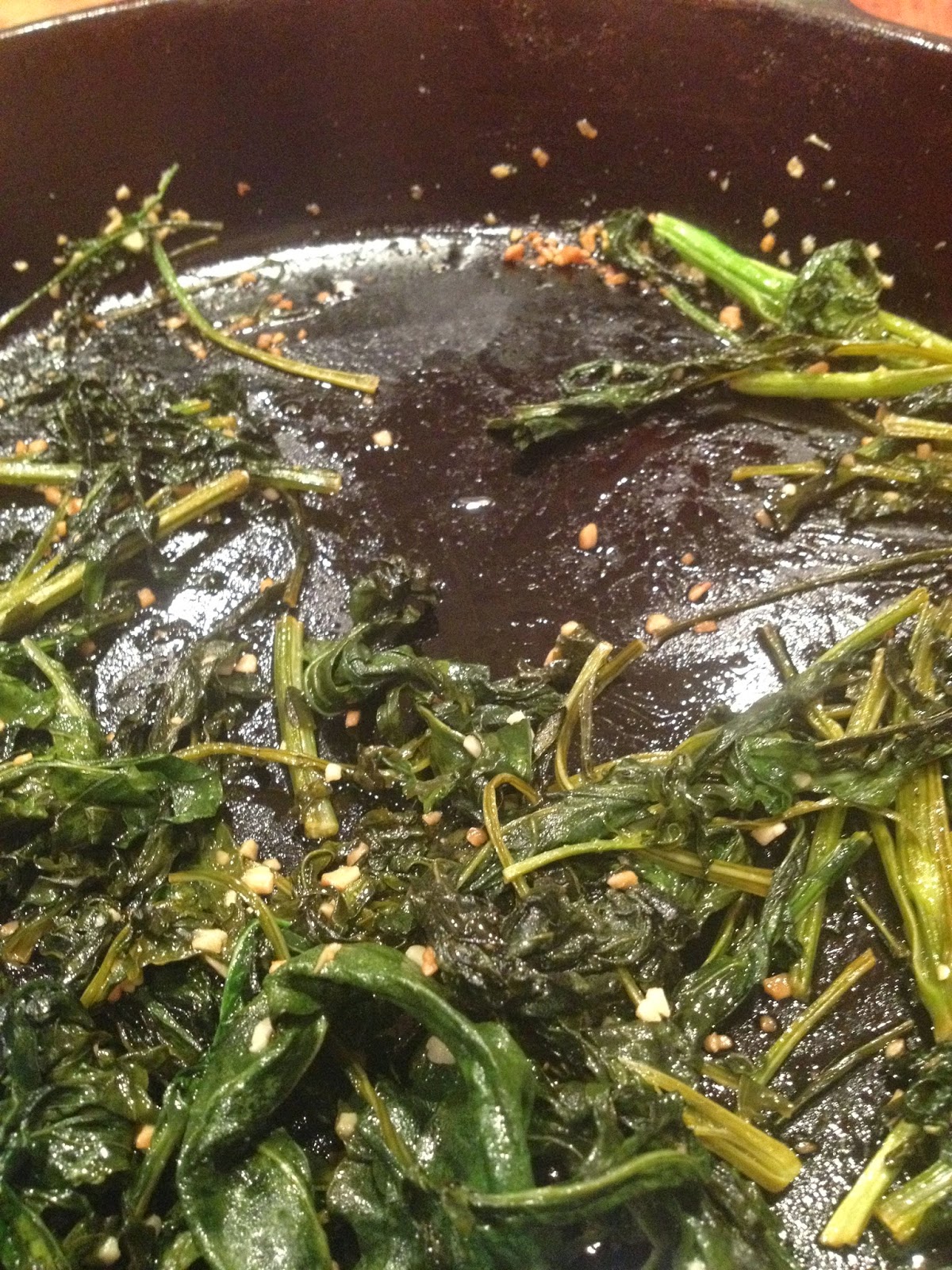 Posted by Epicuriousity at 11:48 AM