Since Susannah’s Dad Shack passed away in the summer of 2010 we started a tradition of spending Thanksgiving in Austin with Susannah’s mom Brenda and her brother Michaux.  Shack and Brenda’s anniversary is around that time of year, and the first year at least we wanted to stay close while emotions were still raw. 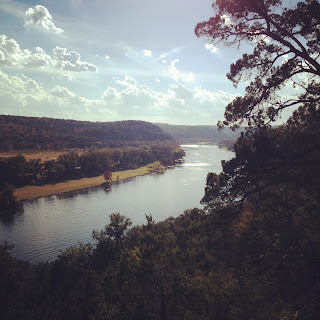 Turns out that Austin is a pretty cool place to spend the holidays, and after Michaux put in a pool this year, we extended our visit to almost a week.  Our kids only see their cousin a few times a year, and they get giddy the week before.

We arrived late morning on Monday after an early 4:30 am wake up call in RVA.  But it was worth it as we sucked down our first few margaritas before even arriving home.  One of my favorite tastes of Texas. More on that later. Spent the afternoon lounging poolside with beer in hand, except for  quick trip to “STUFFED”  an artisanal sausage shop where we provisioned for dinner.   After such an early day none of us made it much past 10.
On Tuesday  morning Michaus and I went to the local gas station Rudy’s to buy breakfast tacos for everyone.  Then we spent a few hours working at a local service center in Round Hill; I stocked the shelves of a food pantry while Susannah helped folks shop and the kids sorted clothing.  It was a nice way to do some volunteering together and get a view into a different slice of Texas life.

We drove out west for dinner past Dripping Springs to Driftwood for some of Texas’ most famous BBQ.  An institution for years, The Salt Lick draws crowds from  near and far to their BBQ pit where piles of ribs, sausages and brisket play games with your senses. 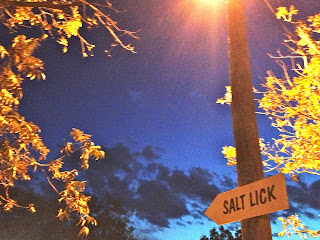 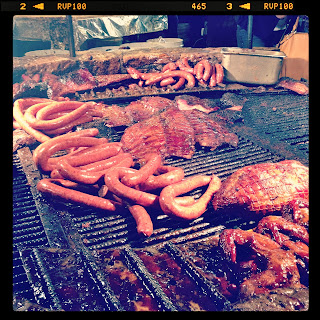 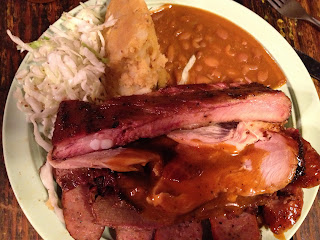 The weather was stellar all week and while the girls shopped, Michaux and I took the kids out into the back country to Pedernales Falls State Park- a scrubby rocky landscape that looks almost lunar at times. Did some hiking and rock hopping for a while on a beautiful day. 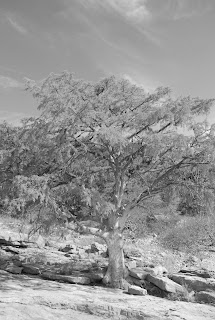 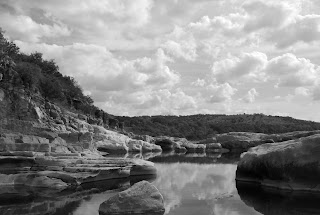 Drove back into town and spent some time in the SOCA neighborhood- kids in a candy store ( yes I did buy them $50 worth of candy)  and dad at Torchy’s Taco Truck for a green chili pork bundle of joy. 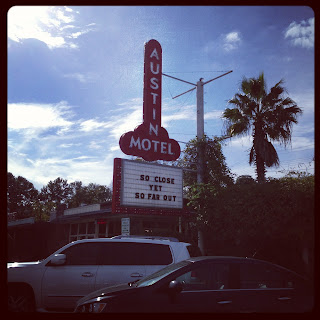 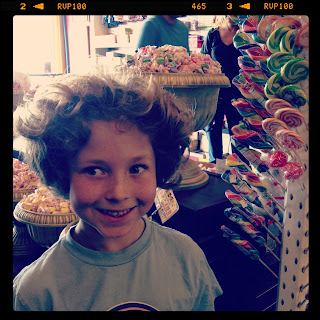 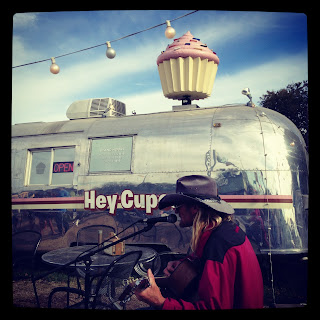 Dinner brought us back downtown for a delicious Italian meal at Vespaio- lamb tarttare and saltimbocca satisfied my carnivorous cravings. The girl;s called it an early night while Michaux and I went to Antone’s for Austin’s annual Last Waltz show- 36 years after the original concert, some  of Austin’s best local talent gathered for a fun night of re-enactment, song for song, of the seminal concert. From Bob Dylan and Robbie Robertson to Neil Young, Joni Mitchell. and Neil Diamond, they didn’t miss a beat. 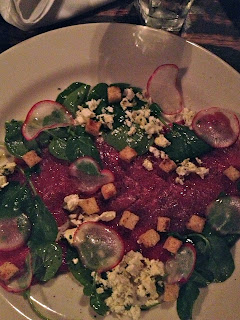 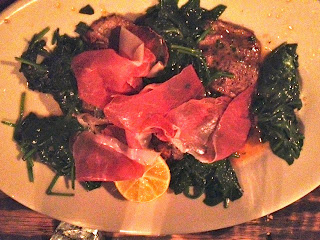 Thanksgiving was a relaxing do nothing day- pool, walk, lunch at the UT Golf Club, more relaxing, a little football. While it was a perfectly fine Thanksgiving meal, part of me missed the comraderie of a kitchen filled with bubbling pots and smells wafting all day long.  Did not miss the dishes though.

Spent our last day in Austin just hanging about the pool reading,   We left for the airport a few hours early to do some last minute shopping ( not Black Friday focused…. More thrift store).  Had a fantastic lunch at Polvos in South Austin. It was the most authentic Mexican I have had in a while with tasty smoky salsa. Spicy pickled vegetables and fajitas studded with pecans, pumpkin seeds, and raisins. 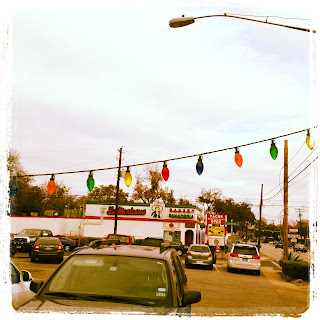 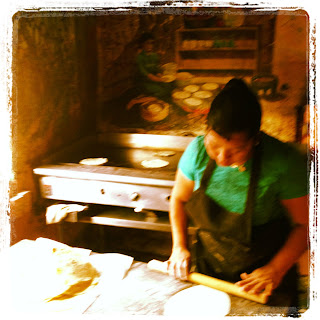 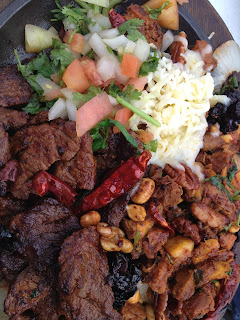 Fajitas
Posted by Epicuriousity at 10:39 PM

Glad you got your Texan on and had some good food!