Think about how many important moments you've shared with someone over a cup of coffee, a glass of wine, a pint of beer or a meal.  There's a certain intimacy that comes with sharing food or drink- i stumbled upon a moment last weekend that took my breath away. While I don't know the people or the context, this was a moment imbued with spirit and gravitas. 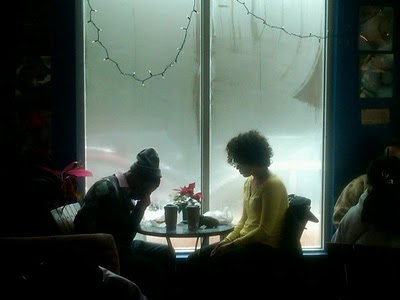 Posted by Epicuriousity at 11:08 PM 2 comments: 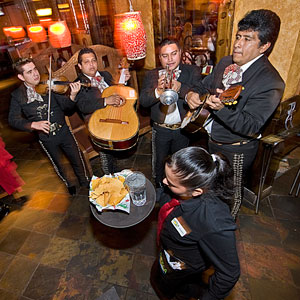 One of my ongoing dreams for the Richmond restaurant landscape has been the desire for a more upscale Mexican restaurant. There are certainly a few places in town that make a decent mole or tamale, but none treat the genre with the refinement and interest that other cities do. A recent trip to Austin's  Fonda San Miguel  over Thanksgiving, and memories of   Rick Bayless 's Frontera Grill  in Chicago make me yearn for a higher quality experience in Richmond.  With the new Plaza Azteca in Richmond, we've taken a few baby steps, but we still have a long way to go.

Read my take on  Plaza Azteca  in this week's Style Weekly.
Posted by Epicuriousity at 9:25 PM No comments:

Woke up to a cold Sunday morning, with the snow tapering off to flurries. Sampled a Montreal style bagel with smoked salmon for breakfast. Canadian bagels are smaller, denser, and sweeter than their New York cousins and are boiled in a honey sweetened water before being baked in wood fired ovens.

Spent the morning exploring the grounds of the Botanical Gardens, shrouded in layers of snow...  footsteps in the crunchy snow


Wandered around Montreal in bitter cold, exploring the city. Late afternoon lunch of mussels steamed in heavy cream with leeks. Experienced Montreal's Bring Your Own Bottle culture firsthand when we realized that the restaurant didn't serve wine but encouraged a run across the street to pick up a bottle instead. 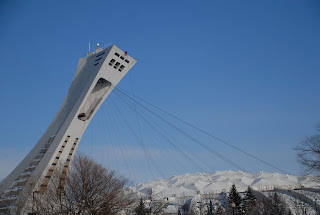 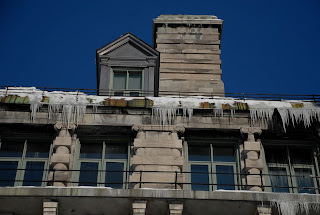 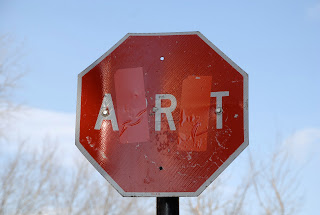 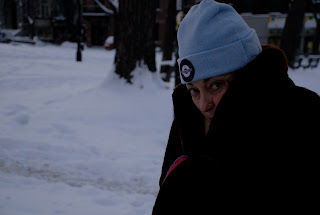 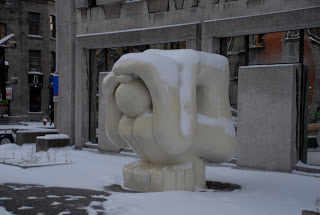 Or Our Canadian Friend 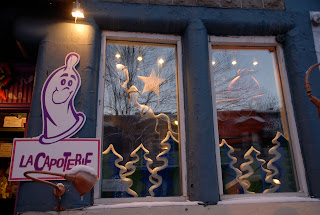 Look who's pulling Santa's Sled ?
Posted by Epicuriousity at 12:23 AM No comments: