A group of disciples were treated to a baptism of sorts, a ritual washing and cleansing in green, for a few days this week at the Lewis Ginter Botanical Gardens. Over 100 participants, from the region and beyond were privy to hearing impassioned national speakers talk about some of the most interesting trends in Greening Cities, Biophilia, Food Apartheid, and more.

Rachel Flynn, Richmond’s Director of Community Development, kicked off the proceedings with a heartfelt talk about “Urban Greening, Economic Vitality, and Environmental Sustainability.” She referred to the city’s Master Plan process and the hopes to focus more attention on green spaces, pedestrian needs and public transportation. She also reaffirmed a city commitment to making the James River as our Central Park

A bus tour gave visitors an interesting view of the city as we meandered down Boulevard and then through Carver and Jackson Ward on our way to Church Hill. Our first stop was Libby Hill Park, at the site where William Byrd was struck by the similarity of the view to that of Richmond upon Thames, a village outside of London and thus dubbed us Richmond. 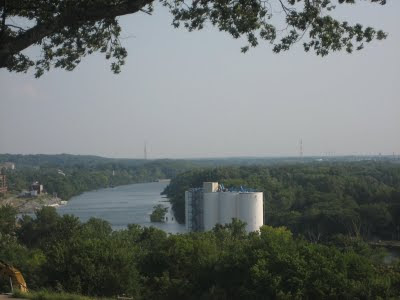 A visit to Tricycle Gardens was eye-opening as Lisa Taranto explained the history of the community garden project that she started as well as plans for other similar initiatives around town. 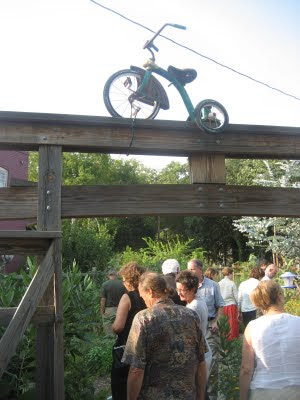 Finally, we stopped at the new green headquarters of the Virginia Association of Counties and got an insiders peek at the LEED process as well as the rooftop garden. 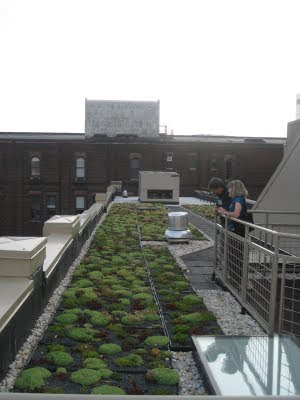 After a lovely dinner of locally sourced salads and berry trifle, we had the pleasure of hearing from Tim Beatley, Professor of Sustainable Communities at the University of Virginia’s School of Architecture. The word of the evening was Biophilia, - “the innately emotional affiliation of human beings with other living organisms.” In a nutshell- it’s essential for our wellbeing to connect with nature. He shared a variety of examples of strategically planned communities where nature is integrated in interesting and fulfilling ways.

Wednesday’s highlights included Leni Sorensen’s historical overview of agriculture in central Virginia with a particularly interesting account from an 1805 slave garden journal from Monticello that detailed the produce sold to the plantation. I also learned that corn pone is a kissing cousin of our beloved spoon bread. La Donna Redmond gave a very personal glimpse into the world of food allergies and issues of access and nutrition in the Chicago Public School System. Her personal journey has been a launch pad for creating innovative farm to table programs in Chicago and for examining issues around “Food Apartheid.” that impact certain marginalized groups of our society who cannot access healthy food for one reason or another.

Drew Becher, the Executive Director of New York Restoration Project hilariously recounted his journeys with Bette Midler as they restored many of New York’s old parks and implemented an impressive Million Trees NYC campaign. “ By planting one million trees, New York City can increase its urban forest—our most valuable environmental asset made up of street trees, park trees, and trees on public, private and commercial land—by an astounding 20%, while achieving the many quality-of-life benefits that come with planting trees.”

Afternoon break-out sessions focused on issues like Food Security and initiatives to green our community. My head was spinning from so many great ideas from the previous talks that I felt a bit overwhelmed.

Kudos to Lewis Ginter Botanical Gardens for bringing together so many talented folks from around the country who were able to tell their compelling stories and inspire me and my fellow attendees to stay focused on the work at hand in Richmond to create a community of green.


Green Tonic was a refreshing drink.
Posted by Epicuriousity at 9:21 AM

It is great to hear that some one in the Richmond Government is at least thinking about these things.

Today is my lucky day :)
Apple is giving review copies of iPad to 100 lucky person. Go to http://bit.ly/cmmVr7 and apply for it.