If Rules Change, Will Camembert Stay the Same? 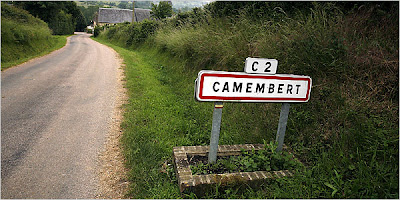 Mon dieu- there's a battle brewing in Normandy, and what's at stake could set precedents for the preservation of traditional cheese making techniques. Several large cheese producers began treating the milk they use to make 90% of the Camembert in Normandy. Although they cite health concerns, many feel the motive is purely economic, and this change allows them to bolster production. By treating their milk, they relinquished their AOC status ("Appellation d’Origine Contrôlée” or “AOC” — is a coveted certification that authenticates the content, method and origin of production of a French agricultural item.) but have recently petitioned that their new method of production does not change their product in such a way to lose its "essence" and they should be able to retain their AOC status.

At least one small producer does not agree: “Camembert that is not made with raw milk may be cheese, but it’s not real Camembert,” said Mr. Durand, who took over the family farm when he was only 19 and has run it for 26 years. “To not know a real raw milk Camembert — what a loss that would be. The variety, the diversity, the flavor of cheese — the very heritage of our country — will disappear.”

For the entire story, click on the cheese
Posted by Epicuriousity at 9:54 AM