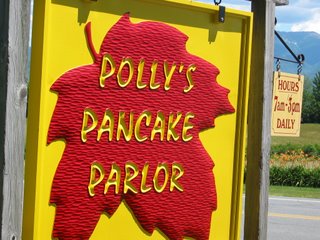 During a recent trip to the White Mountains of New Hampshire, we had the opportunity to visit a few historical foodie spots- the old Gristmill in Littleton, and Polly's Pancake Parlor in Sugar Hill.

The building which houses "Polly's Pancake Parlor" was built about 1830. It was originally used as a carriage shed and was later used for storage of firewood. During the depression of the thirties Polly and Wilfred (Sugar Bill) Dexter converted the building to a small, quaint tea room (capacity - 24 people). When they started serving in 1938 they offered pancakes, waffles and French toast - "All you can eat for 50¢." The idea was to stimulate sales of their maple products.

The original menu has been greatly enlarged to include Buckwheat, Cornmeal, Oatmeal Buttermilk and Whole Wheat pancakes and waffles which are varied by combining them with blueberries, walnuts,coconut, or chocolate chips, along daily pancake specials such as gingerbread or cinammon! They also serve country style patty sausage and smoked bacon and smoked ham made by their friends at North Country Smokehouse here in New Hampshire. It tastes like you're standing in the smokehouse. 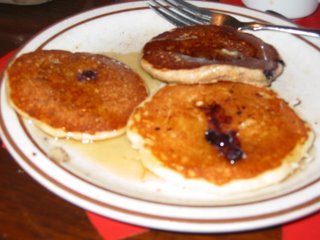 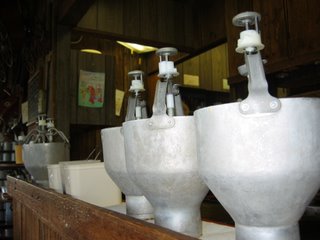 After a great meal one is treated to a view like few others..... 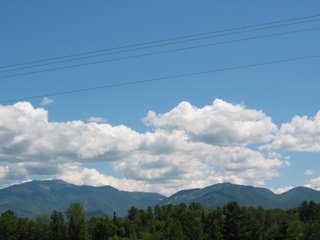 Posted by Epicuriousity at 11:05 PM 2 comments: Links to this post